Click here to view all obituaries
Search Obituaries
Immediate Need
We are here to help you. If you have need of our services, please call us, day or night, at:
905-851-9100
To better prepare yourself, we have provided you with some helpful information regarding the immediate need process.
Contact Us / Location
Excellent customer service and understanding. Joanne Jonovich was outstanding. She is the epitome of the ‘future’ funeral director and understands that the times are changing.
Home
Book of Memories, Obituaries & Tributes
Our Locations
Woodbridge Chapel
Weston Chapel
Brampton Chapel
Oakville Chapel
Contact Us
Send Food to the Family
Planning in Advance
Start Preplanning Conversation
Cremations & Burials
Memorials & Celebrations
Resource Centre
Contact Us
When a Death Has Occurred
Answers to Your Immediate Questions
When a Death Has Occurred
Cremations & Burials
Memorials & Celebrations
Contact Us
COVID-19 News
Obituaries & Site Search

To share your memory on the wall of Hans Pantel, sign in using one of the following options:

My Opa Hans was born in 1922 on his family farm in what was then northeast Germany. The area is referred to as Pomerania and the nearest village was Altjaershagen. The youngest of 5 brot... Read More
Hans Pantel
June 9, 1922 - February 11, 2020

We encourage you to share your most beloved memories of Hans here, so that the family and other loved ones can always see it. You can upload cherished photographs, or share your favorite stories, and can even comment on those shared by others. 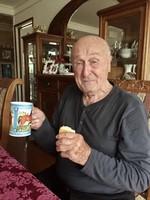 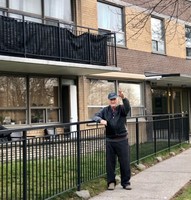